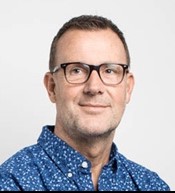 Throughout my entire life the HUMAN BODY has been of great importance to me on both a personal and on a professional level. At first especially as being an athlete in Baseball and Basketball whereas a Pitcher in Baseball I was selected for the Dutch National Team and got the opportunity to play several European and World Championship Tournaments. Unfortunately a shoulder injury and surgery made me have to end my pitching career. I did however stay connected to the sport as the Dutch Baseball Federation gave me the chance to work as an instructor in the Dutch National Youth Program and as a Field Coach and Field Manager for the Dutch National Youth Team (aged 16-18), with which I again attended the European and World Championship Tournaments. After working with Dutch prospects for ten years, I was offered a job as an International Scout for Major League Organizations (both for the Texas Rangers and the Atlanta Braves) which helped me to build further experience in talent development. During my time in sports, I learned that in sports the human body is primarily seen as an object, an instrument or tool to achieve certain results with and which under pressure can freeze or 'choke'. This highly intrigued me and is of great importance for the way I have developed myself in the rest of my personal and professional life.

After high school and during my sports career I studied to become a Physical Therapist and during the first years of my professional life it became clear to me that also in this profession, just as in sports, the body is seen as instrument consisting of different elements (back, neck, legs, arms etc.) which can 'break down'. As part of my profession, I was assumed to fix these physical problems without paying any further attention to the human body as a whole and the interdependencies of the different parts of the human body and mind.

As a consequence I decided to become a Haptotherapist based on the fact that in Haptotherapy the approach towards the body is different. In Haptotherapy it is not about the body you HAVE and of which different parts can break down but more about the body you ARE and the fact that the body is more than a machine or instrument. The human body is seen as a place in which feelings and emotions are stored and the connection between feelings (body) and rational thoughts (mind) is one of the fundamental believes of Haptotherapy. If our bodies are not capable of feeling and judging what is good for us and what is not, and respond to this by attraction or distraction from the specific situation, it affects our quality of life (which can even lead to actual physical complaints) and our level of happiness. Based on my experiences in sport and the communication with clients as a Physical Therapist I have learned that, especially in a competitive world, these feelings of right and wrong are sometimes not in line with what others think what is right and wrong for us and staying loyal to our own feelings can be challenging. This is in my opinion where Haptotherapy can step in and help to restore the connection between the body and mind leading to higher levels of effectiveness and better performances but also to a higher level of happiness.

As a Haptotherapist, but also in my personal life based on an intrinsic interest in the human development as a whole, I enjoy helping individuals and teams or organizations reach their full potential, both on a professional level as well as in their personal lives. Dealing with pressure is a very important aspect of this development, and therefore also of my therapeutical sessions, with respect to which mental, physical and also emotional elements play an important role. 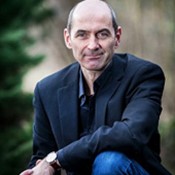 I started my career as a physical therapist. While working with patients with all kinds of physical complaints, it soon became clear to me that a human being is not only a body that one can fix. Very often I was confronted with the role of emotions and feelings in relation to somatic problems. I got convinced of the interdependency of biological, psychological and sociological aspects of human beings and of the fact that the body is not only a biological object. Our body can also be seen as our house of emotions and feelings which makes it possible to connect with others.

These aspects puzzled me and I decided to study for a master degree in psychology and in health science at the Faculty of Human Movement Sciences at the Free University of Amsterdam. The knowledge of psychology gained was essential for me to better understand and analyze human behavior and the combination of physical therapy and psychology did indeed result in a better understanding of the different aspect of human beings.

While studying for my master degree, I worked as a physical therapist in my private practice with special interest in psychosomatic problems and high performance athletes. I also worked for the Dutch Judo Association and the Royal Dutch Hockey Association. During my work the intersection of body and mind has always been crucial. However, I also felt that there seemed to be more and I got interested in the integration of the physical and psychological aspects of human beings and seeing people as a whole.

My interest in human emotions and the role of emotions in personal development resulted in a change of profession when I decided to become a haptotherapist. I wanted to focus on the individual person as a whole and how he perceives life and on which motivations his behavior is based. For me it is important to realize that the human person is considered in his whole being: feeling, thinking and acting. In haptotherapy the body is seen as the carrier of new and old emotions and feelings. In our over rationalized world we lose the disposition over fundamental faculties of feeling and sensing. Haptonomy shows how to develop these abilities and bring them to their full potential. Through open, authentic and transparent interaction, speaking as well as touching, people can develop an (body)awareness of themselves and their feelings. A well developed sense of feeling provides the possibility to make decisions in life that fits the person as he or she is.

I am open, non-judgemental, enthusiastic and confronting in my approach and I value a save, confident and reliable environment. I work as a general haptotherapist. Special interest is focused on high level performers, gender related problems and PTSD related problems. Furthermore, part of my job consists of coaching and training professional teams in a business environment or as part of the central government. Also, I published different books about haptonomy and psychology in the Dutch language.